Patrick Talmadge Posted on December 29, 2009 Posted in Reading No Comments

by Dave Duncan. The Alchemist’s Code is the sequel to the Alchemist’s Apprentice. In this book an ordinary case of a missing girl turns serious when Venice’s Council of Ten asks Nostradamus to find a spy. Nostradamus’s only clues lie in a ciphered message that hasn’t been decoded. 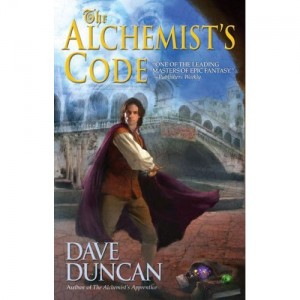