Patrick Talmadge Posted on November 17, 2009 Posted in Reading No Comments

by Jeffery Deaver. Former war crimes investigator Harold Middleton has a previously unknown score by Frederic Chopin. But he is unaware that, locked within its handwritten notes, lies a secret that threatens the lives of thousands of Americans. Accused of murder, pursued by federal agents, and targeted by assassins Middleton races from Poland to America to uncover the mystery of the manuscript. The largest threat will come from a man known as Faust, a sinister figure out of Harold’s past. 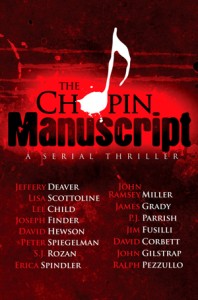