Patrick Talmadge Posted on September 10, 2009 Posted in Reading No Comments

by Suzanne Collins. Like the first book it takes place in Panem, the nation that exists where the U.S. used to be. Every year the Capitol holds a televised tournament in which two teen “tributes” from each of the surrounding districts fight a gruesome battle to the death. In the Hunger Games, Katniss Everdeen and Peeta Mellark, the tributes from District Twelve, frustrate the Gamemakers and force them to let both teens survive. Catching Fire picks up as Katniss returns to District Twelve to find that she is now the center of attention. An unprecedented surprise visit by President Snow forces Katniss and Peeta to do a Victory Tour through the districts in preparation for the 75th Annual Hunger Games. After returning to their daily lives in District Twelve a twist of fate drastically changes the rules of the 75th Annual Hunger Games. 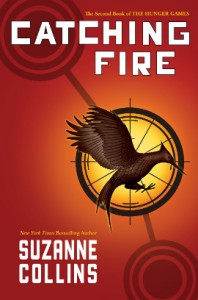