Patrick Talmadge Posted on July 10, 2009 Posted in Reading No Comments

by Kim Harrison. Rachel’s reputation is in tatters. In order to save friends, she used spells that are considered evil and she’s still devastated by the mysterious death of her boyfriend six months earlier. Attempts to solve his murder bleed into a case involving an emotion-sucking banshee, and soon Rachel has to bring in her partners, Ivy and Jenks, along with psychiatrist Ford and Federal Inderland Bureau captain Edden.

Before I started this book I read some of the Amazon reviews, most of which are not very favorable. Several people complained that the book did follow the timeline very well. After finishing the book I disagree with those people. Harrison didn’t go into as much detail about Rachel and her demon training as many would expect from the 6th book. I still enjoyed the book and I wasn’t disappointed with the story and plot progression. 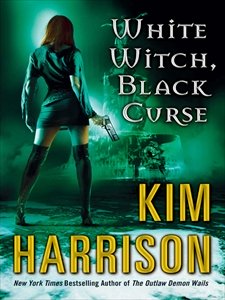