Patrick Talmadge Posted on March 13, 2009 Posted in Reading No Comments

I finished reading The Story of Edgar Sawtelle

. I really enjoyed the book. The book is about Edgar Sawtelle, born mute and able to speak only in sign, leads an idyllic life with his parents on their farm in Wisconsin. For generations, the Sawtelles have raised and trained dogs. Edgar’s lifelong friend Almondine is one of the dogs raised and trained on the Sawtelle farm. The return of Claude, Edgar’s uncle, throws the Sawtelle’s family into a commotion that consumes the Sawtelles’ once peaceful home. Claude uses the sudden death of his brother, Edgar’s father, to make himself helpful around the farm and attempts to gain Edgar’s moms affection.

Edgar is forced to leave the farm and live in the wilderness after trying to prove Claude played a role in Edgar’s father death. Edgar fights for survival and the survival of three young dogs that follow him. His need to face his father’s murderer and his loyalty to the Sawtelle dogs force Edgar to return home. 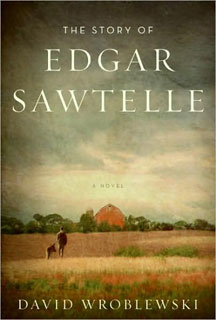